First Time Deer Hunting – What Do I Need for Better Startup

While talking about the deer hunting tips for beginners, you need to understand the types of this hunting and the necessary aspects of deer hunting. it’s also important for deer hunters to realize that hunting success comes to those people who are intimately familiar with local whitetail terrain. When first time deer hunting, one must ask,

What do I need to learn and shoot?

One needs to know where deer feed, where they bed, which travel routes they follow to and from bedding and feeding areas, and which escape routes are favored when danger threatens. Also, the hunter needs to understand the whole scenario of deer hunting at the beginning.

First time deer hunting what do I need

Learning Deer Hunting facts from a book is like knowing that “Bill Gates” has money. How the computer mogul made his bucks is well known? But learning how terrain differs is meaningless unless a hunter is willing to lay down boot leather to learn the local terrain as well as they would know the dimensions and layout of their home.

Only time and experience can teach deer hunter show to recognize excellent whitetail habitat at a glance. Also, I have come out some easy to follow guide and deer hunting tips for making the whole process easier. Let’s find how I progress on deer hunting.

One habit of mine while driving 50,000 to 60,000 miles each year is to study the land as it passes the windshield of my car. I note the presence of natural forage or croplands, and it’s instinctive to look for terrain features that cause whitetail deer to travel in certain directions.

I’ve been known to stop, stretch my legs, and walk the shoulder of the road in search of deer tracks. Do this enough times and in enough places, and you instinctively begin sizing up the land for hunting potential even though you may never hunt there. You need to keep the focus on the area and environment. Especially, when you are hunting with a special bow, you need to understand your location and wind perfectly.

Comparing the prospects is really important to have the solution of the question “first-time deer hunting what do I need?” You need to compare the prime whitetail habitat of Alberta, Manitoba or Saskatchewan and it will differ greatly from southern states like Alabama, Georgia, Louisiana or Mississippi.

The Cottonwood canyons along streams in western Idaho or Montana will be far different than a hunter would find in South Carolina’s tangled woods. As it is important it is to recognize local natural forage and farm crops, and the same holds true in this chapter.

Putting preferred deer foods together with certain terrain features is somewhat like putting together a meal of bacon and eggs. Putting food and terrain together into a cohesive package of information is important to continued hunting success. So, you need to keep this prospects in mind while deer hunting.

Finding the right spot for hunting

One of the most important things I thought I had learned was given to me by an old codger many years ago when deer hunting was but a distant glimmer of hope in my teenage mind. The old-timer had shot a few deer, as I recall, but he didn’t rack up a kill each year and was seldom seen in the woods. But he has taught some important lessons on finding the right spot for deer hunting.

“Find yourself the highest hill in the area and sit tight,” the old coot said. “Them deer, why, they be crawling’ all over an area as soon as the opening-day guns go bang.”

And I have really followed this small guidance find out that it really works well for hunting deer and keep you safe like ankle holster and other gears.

Whitetail information was absorbed like a new kitchen sponge wiping up spilled water. I discarded worthless information such as the well-meaning old-timer offered. Also, learned that in Western states mule deer and whitetails do go high and Squirrel themselves back into secure corners where they can watch their backtrail and escape over the top without being seen.

I also learned that deer found near urban, suburban or rural areas where farm crops are a major part of their diet seldom go high. Such deer become adept at diving into the pucker brush. They also frequent thickets so dense a bunny would have trouble getting through, and they hide out in pocket cover where most hunter least expect them to go.

Since those early forays into the deer woods I’ve boosted good bucks from thickets no larger than a small brush pile, and I’ve bounced them from low spots with high grass in rolling hills.

They’ve been rousted from thick Swamps an acre in size, Cattail marshes, and tag alder Swales, but one fact is true with deer near farmland-they seldom head for high ground but will hide in areas where few hunters tread and wise men fear to go. The terrain becomes a major part in solving whitetail deer travel wherever they are found.

It ranks in importance with knowing preferred seasonal foods. However, the terrain is easily assimilated once a hunter gives serious thought to where deer live, feed or hide. Topographical maps are useful, but nothing beats walking the area on foot.

Some hunters of my acquaintance will walk almost every inch of their proposed hunting area, and make their own map that shows recognizable terrain features. Also, many use a Global Positioning System to mark key points and routes to get out of the woods safely. This is a basic hunting safety tips for deer hunting.

These hunters look for key areas like where deer bed and feed, trails to and from those sites, and they scrutinize the terrain for rubs and scrapes from rutting deer. So, they learn where bucks move along escape trails if the hunting pressure increases, and they learn the terrain from a hunter’s viewpoint. And that is from the ground up.

It is this intimate knowledge of the terrain and their obvious and not-so-obvious features that will separate the men from the boys. This point is one which I still recall from my early and dismal failures. Good hunters, with a keen attention to detail, know where preferred wild foods are found and know where the shortest routes are to nearby farmlands. If they can locate these food sources, so can deer.

Only through thorough scouting of an area can a hunter learn enough about the terrain to make an accurate and well-founded decision on position of shooting and the target as to where deer will move. Deer, almost universally during the early seasons, begin moving about an hour before dusk from their bedding areas to a food site.

The reverse occurs about an hour before sunup when deer begin moving along familiar trails toward their bedding areas. It’s along these trails where hunters hope to intercept a nice buck.

While researching on deer hunting, I found some common questions on basic deer hunting tips like “First time deer hunting what do I need”, “how to hunt deer easily” etc. I come up with a startup idea and follow my basic instinct to provide my experience and feelings on deer hunting.

I hope this article will give a basic idea to start your hunting campaign. You just need to feel the wild and natural and go with the flow and feel confident for better hunting experience.

How to Properly Hold a Pistol: Single and Two-Handed Grip Techniques 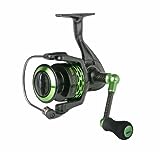 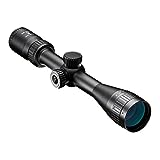